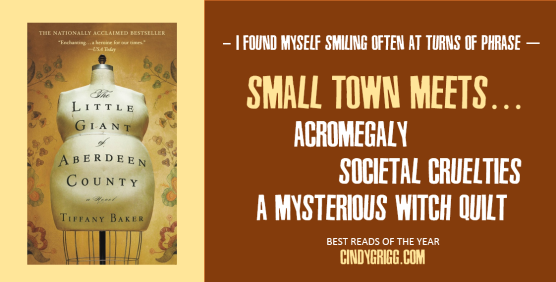 Tiffany Baker’s novel THE LITTLE GIANT OF ABERDEEN COUNTY was published in 2009 but it is one of my favorite reads of the year for 2014. I was slow to the party on this one!

You can check out Tiffany Baker’s author site or get this book on Amazon.

Here are 10 takeaways I gleaned from Baker’s wonderful writing style:

So if you need a book recommendation and all this sounds interesting, you might want to check out THE LITTLE GIANT OF ABERDEEN COUNTY. Great read! I’m excited to check out her book from 2013, THE GILLY SALT SISTERS.